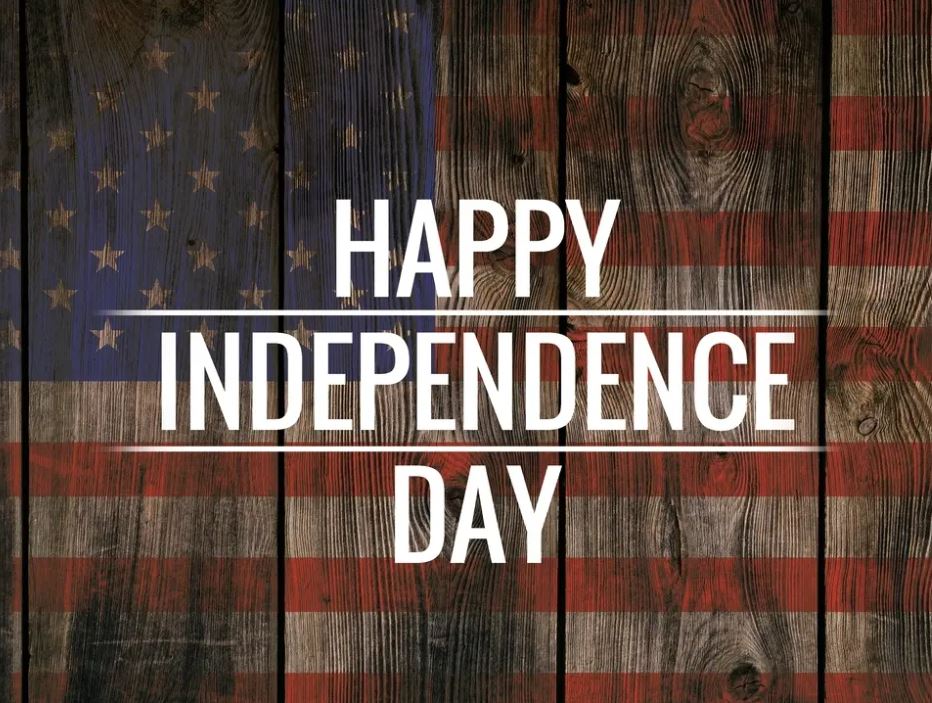 Total Automotive will be closed Monday July 4th in observance of Independence Day. All orders received over the holiday weekend will process on Tuesday July 5th. Have a safe and enjoyable 4th of July.

The Torch of Freedom "The Second Day of July 1776, will be the most memorable Epocha, in the History of America. I am apt to believe that it will be celebrated, by succeeding Generations, as the great anniversary Festival. It ought to be commemorated, as the Day of Deliverance by solemn Acts of Devotion to God Almighty. It ought to be solemnized with Pomp and Parade, with Shews, Games, Sports, Guns, Bells, Bonfires and Illuminations from one End of this Continent to the other from this Time forward forever more. You will think me transported with Enthusiasm but I am not. I am well aware of the Toil and Blood and Treasure, that it will cost Us to maintain this Declaration, and support and defend these States. Yet through all the Gloom I can see the Rays of ravishing Light and Glory. I can see that the End is more than worth all the Means. And that Posterity will tryumph in that Days Transaction, even altho We should rue it, which I trust in God We shall not."

This quote is an excerpt from John Adams’ letter to his wife Abigail on July 3, 1776. The emotions of this sharp-witted founding father speak of the momentous occasion. Adams believed that July 2, 1776, would be the date to mark and celebrate forever our Declaration of Independence. Although the official date comes later, Americans have celebrated their country’s birth date, and have followed Adams’ advice ever since. Adams bore witness to, and was part of, the American dream for freedom. He was an example of how the new nation would carry on after the war by becoming our first vice-president, and our second president. Adams’ eloquent words put the historical significance of American independence, and the consequence for failure if it was not achieved, into focus.